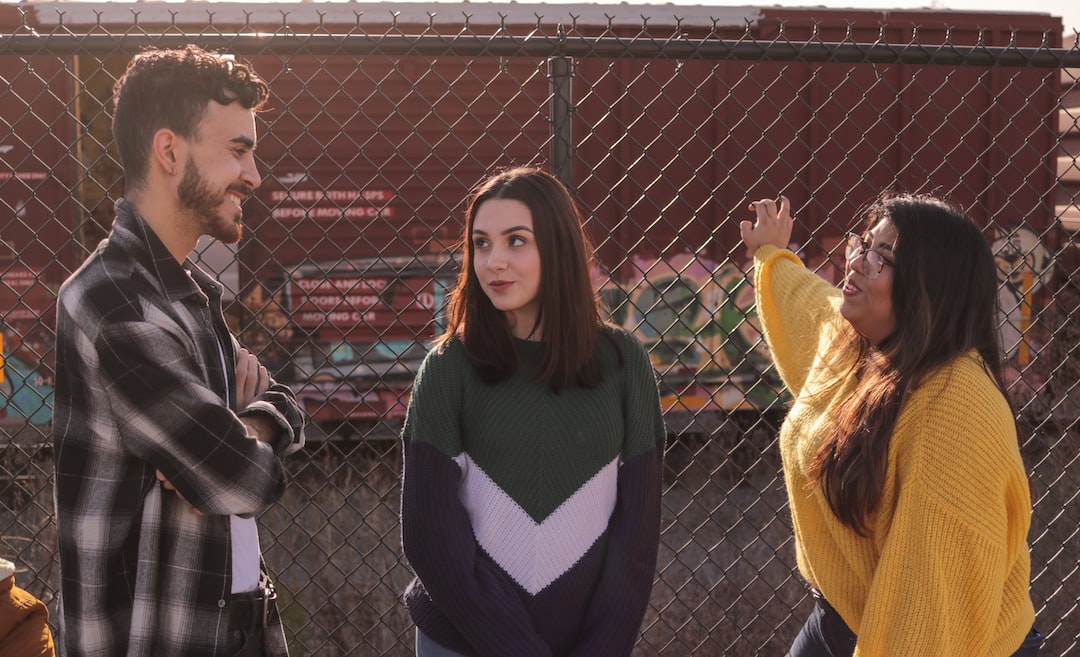 Listen up, you’re about to find out something that will open up your eyes. If someone is flirty with you, they don’t necessarily want a relationship with you. In 90% of cases, homo sapiens representatives gallivant only for the fun of it, it’s like playing a game, no strings attached. The idea to inform you that it’s just a playful banter doesn’t even cross their mind, while for some reason you’ve already thought of a name for your firstborn.

If your coworker is flirting with you at the workplace, the chances are you’re not the only one. It doesn’t make him a jerk, it’s just his way of communication with people. You feel good, he feels good. It’s a win-win situation, isn’t it? A fling doesn’t make a person bound to meet your parents, to go on holiday together or to plan your future. There’s no point in it and who even cares? Do you think a guy who is serious about you would be messing around and playing silly games with you? We all know how math works, and we keep in mind that there is still 10% of cases left. This kind of flirting develops into a relationship and married couples. We are not going to discuss such cases yet, though. We’ll try to keep these evil thoughts from taking over your mind.

Here's a situation: you have a feeling that a lovely communication means more than that. You are glowing with happiness, and everyone can notice that. Meanwhile, you crush yawns out of boredom. He literally demoralizes because this is how bored he is, but you’re still patiently waiting for that important first step, and you’re coming up with lots of excuses for him not texting you first.
Dear ladies, remember, or best even write it down – if he doesn’t text you, he doesn’t want to! Okay, he may also be captured by ISIS and will get on the phone with you soon, or he’s dead. That’s it!

I have a confession to make. I flirt with all my coworkers who I genuinely and humanly adore. On the other hand, I don’t flirt with them outside the office, there’s no overtime flirting at all. I openly let them know that they’re cool and I sincerely mean it. Anyhow, I forget about them as soon as our rooms’ doors shut. It doesn’t make me an abuser or an asshole because it’s perfectly normal. Do you know what’s abnormal? Waiting for the first man you come across who is being kind to you to go and grab you a Cartier ring. Especially if this man is your workmate.

A could give you a universal piece of advice. Don’t treat a relationship like a global issue with all seriousness. Just relax. You should feel fucking awesome by yourself.

Oh, and don’t forget one simple thing. If a man is serious about you, he’ll manage to convince you of that. He’ll send up a flare of actions. ‘Deeds rather than words’ will be a creeping line in his eyes.