The majority of TON investors voted against the refund of their funds as The Internet Protocol' resource reports.

Telegram did hold the voting, and the participants of both rounds agreed to postpone the launch of TON till April 30, 2020, upholding the project.
Even though the SEC interrupted the scheduled issue of TON trying to persuade the court to ban the illegal blockchain network, Telegram found the way to save the project. 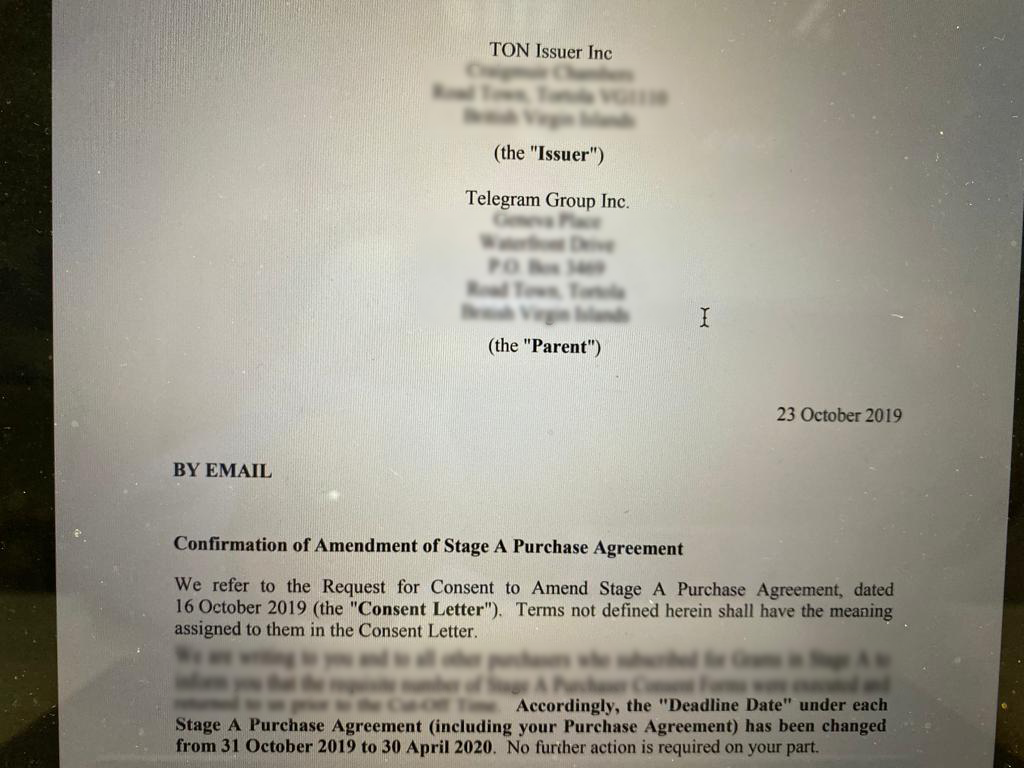 As for the aggregated $1.7 billion of investments, the Durov’s team offered several outcomes for their contributors:

1. According to the official handling, if the TON stage A purchase and pre-sale agreements are canceled on October 31, 2019, the company would return approximately 77% of the funded amount.

2. In case investors agree to extend the deadline till April 30, 2020, the expenditures will incur $80 million for these 5 months and the aggregated amount would cut to $1.23 billion, meaning the return sum would be equal to the 72% of the invested share.

3. If the investor’s agreement ends on April 30, 2020, the company will calculate all the expenditures for the date, and the sum of return would equal 68%, from the invested amount. 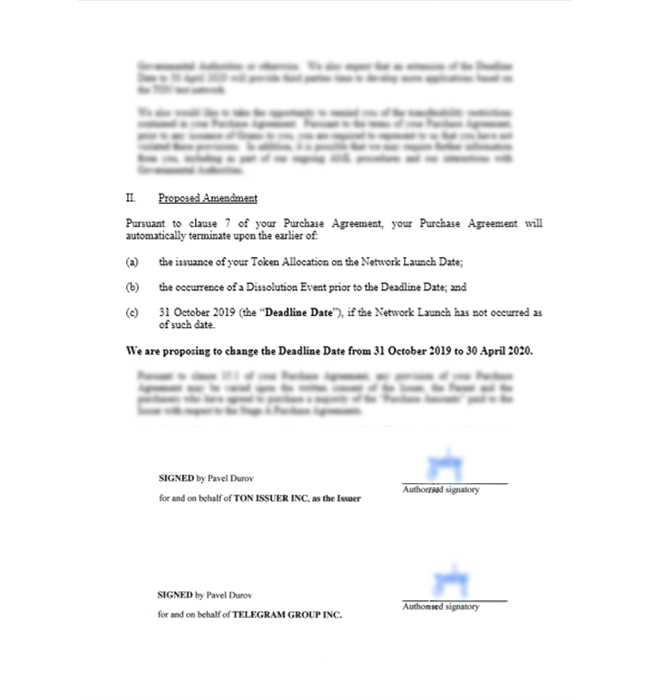 Nevertheless, Telegram emphasized that the project remains sensitive to the regulators and that relates to the force-majeure conditions they noted in the initial agreement, providing no guarantees that other authorities, suchlike SEC can interrupt the functioning of TON network.

On November 23, Telegram reported their investors that all the pre-sale agreement purchasers, as well as the stage A investors, consented the deadline extension for April 30, which means that none agreement will be terminated before the October 31.

Thus, Telegram won’t have to return funds at 77%, canceling the amendments for the pre-sale agreement purchasers and the stage A purchase agreement as currently all investors supported the TON project.