What options will Telegram have if the company loses the case against the SEC? Probably, no one doubts that the decision of the court can turn out to be negative for Durov and his team. There are four possible scenarios of what may happen.

Option 1. TON will be launched without the participation of investors from the USA

Durov will return the money to American investors and start the project without the approval of the SEC, however, some investors have doubts about this. Formally, the SEC cannot affect this scheme in any way, but other regulators can start acting like the SEC and disrupt the launch. Besides, the SEC can block any operations with the Gram when using dollar accounts.

As soon as the Gram is released, it will go into free circulation, and American investors will be able to buy it. The SEC will do everything to prevent it, and this may result in the seizure of accounts. However, a violation of the injunction may entail criminal liability.

Option 2. TON will be launched by another development team

There’s a large community of developers around TON, and some of them created and joined the TON Community Foundation (TCF). They can launch the project without the participation of Telegram, as tech-wise, everything is ready. At the same time, the developers believe that the SEC should not have complaints about such a scheme because they won’t receive any money.

If investors agree with this plan, Durov will not have to return the money. However, even if they do not agree, the blockchain can still be launched. In this case, the most significant risk is that at startup, the Gram will not cost $3, but some part of a cent.

Option 3. TON will not be launched at all

In general, any TON development actions will be risky. Violation of the SEC ban will threaten Durov and the team with criminal prosecution and a ban on any activity with securities. Therefore, there is an option in which Telegram will not expose itself to such a risk.

Option 4. Telegram will pay a fine and conduct an IPO under the US law

The last option for the Durov team is an agreement with the SEC, paying a fine and registering Gram tokens as securities. However, Telegram already had such an opportunity, but the company did not use this chance.

Now, there is doubt that the American regulator will even launch a registered product. At the same time, the registration of tokens as securities implies the serious responsibility of their issuer, including information disclosure obligations to public companies. 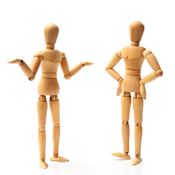